One of the best decisions we made was to book a train between Saint Petersburg and Moscow.  The SAPSAN Express cost $100 per person, was very comfortable, and it took only three and a half hours. 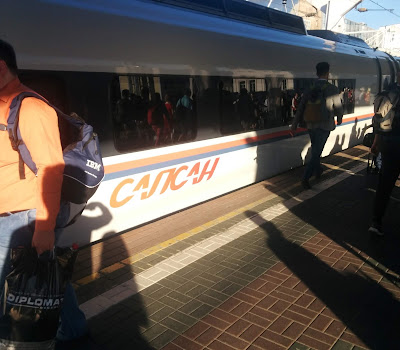 As we moved along, I took a screenshot of my phone's GPS tracker and thought how I never expected to make it to this part of the world. 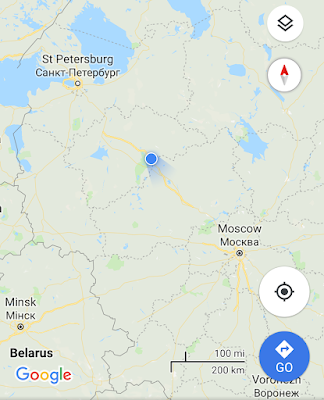 Once we got to Moscow, outside the train station we had to decide on a taxi or metro.  I asked two taxi drivers and they said it would be $30.  I told them that it is only three metro stations away and the metro costs less than $2 for two people.  They would not budge.  I was expecting them to come down a bit and would have gladly paid $20.  But since they didn't come down at all and I didn't want to give in, we walked down the steps to the metro station.  As we entered the station, the attendant told us that since we have our World Cup Fan IDs on us and there was a WC game that day, the metro was free! 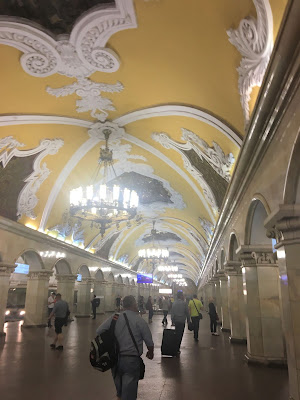 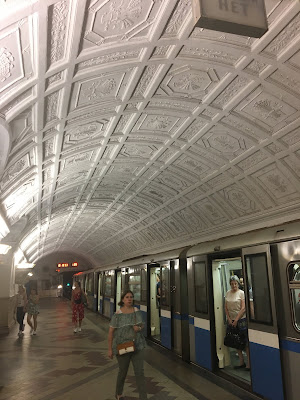 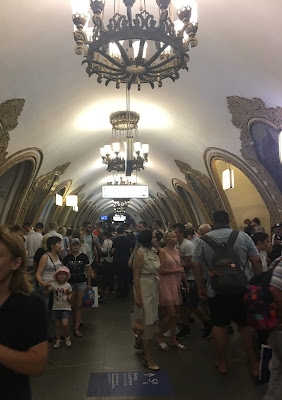 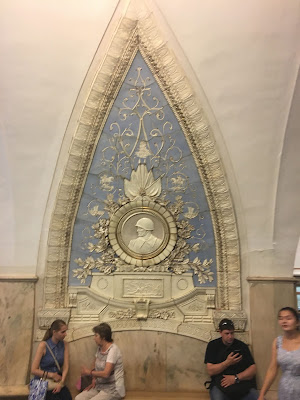 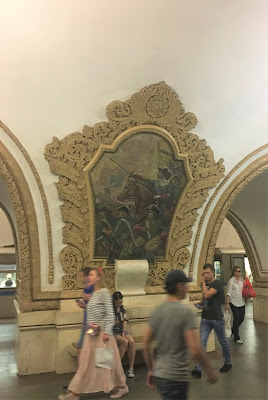 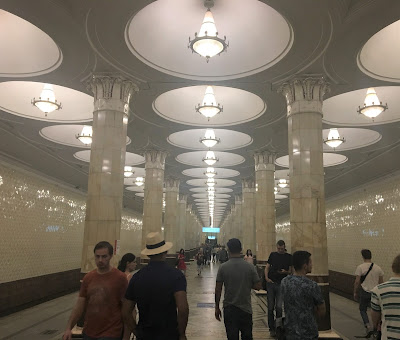 We had a fun time exploring the city.  It was full of tourists and things to see.  The weather was also great.  Here are some photos: 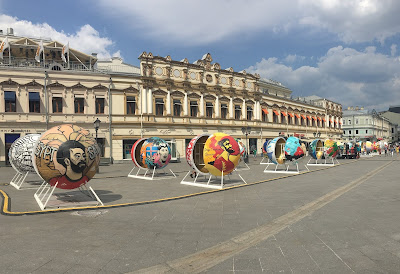 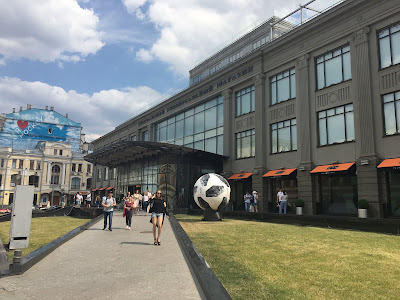 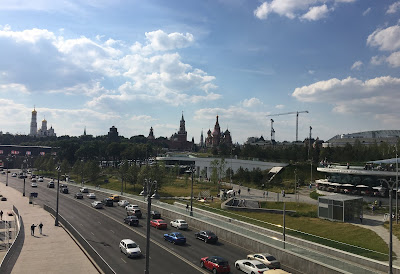 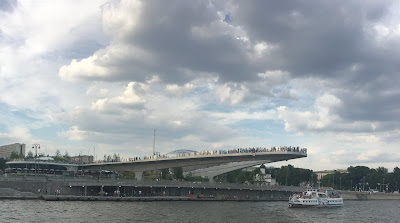 Kонец
By Ace at August 31, 2018 4 comments:
Email ThisBlogThis!Share to TwitterShare to FacebookShare to Pinterest

This past June we went on our honeymoon.  We chose London and Russia since we had not been to either one before.  First stop was London and you can read about it here.  After attending a World Cup game, it was time to check out Saint Petersburg and Moscow.

In my opinion, there were several positives and few negatives about visiting Russia during the World Cup:

Positives:
- No need for a tourist visa as long as you attended one WC game
- The transportation systems were built-up and expanded in order to accommodate all the soccer fans and tourists
- Plenty of police presence around transportation hubs and main tourist areas
- More English/French/Spanish speaking Russians working in the hospitality industry
- Friendlier locals as the country was hosting more than a million tourists
- Great atmosphere near city centers on WC game days

The drive from the airport to the city center was interesting.  The inner suburbs show a heavy Stalinist/Soviet architecture influence while the center is all about baroque and neoclassical styles.

We were there as summer officially started.  Since the summer solstice had just happened, the days were the longest out of the whole year.  Sunrise was around 3:30 am and sunset about 10:20 pm.  I snapped the photo below at 10 pm.


Saint Petersburg resembles Venice with many waterways.  The city has over 300 bridges.  Peter the Great was the driving force behind the construction of the city in the early 1700s.  The city was the capital of the Russia Empire for almost two centuries.

An amusing thing happened during lunch on our first day there.  We went to an Italian restaurant for lunch and I asked the waiter for a Russian beer.  His response was, "Our beers are not good, would you like a Czech pilsner?"

I was really impressed with the architecture, the rivers and canals, and the palaces.  Couple photos from our water tour below. 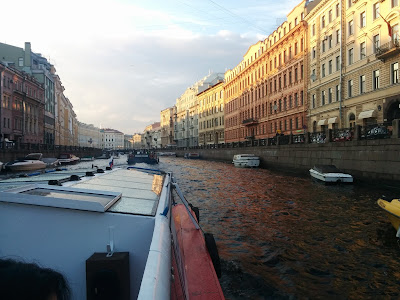 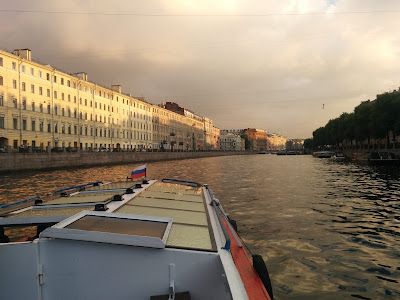 We stopped for drinks and desert at the famous Hotel Astoria.  The waitress was a very impressive lady.  She spoke Russian, English, French, and Spanish.  She enjoyed speaking English with us and also Spanish with the Mrs.  She told us that there would be fireworks later that night for the Scarlet Sails celebration which is part of the annual White Nights festival.  The amusing thing was that she said the fireworks would not start until 12:45 am since they had to wait for it be dark outside.

Right outside Hotel Astoria was the Saint Isaac Cathedral.


We saw plenty of Brazilian and Argentinian fans as we walked the city.  Brazil had a game the day before we arrived and Argentina was playing a few days later.  We stopped by the Russian Museum which is inside the Mikhaylovsky Palace.


Inside, the Mrs. took this video.  As someone who can't play any instruments, I admire the skill of these children.


Next stop, right around the corner, was the Church of the Savior on Spilled Blood.  As you can see in the photo below, part of it was under renovation. 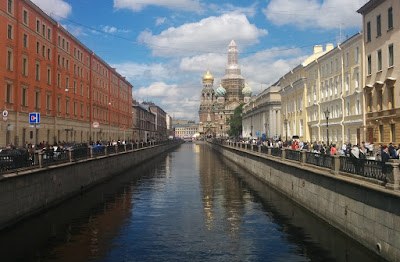 We went to the Peterhof Palace which is about an hour outside Saint Petersburg.  Here are some photos: 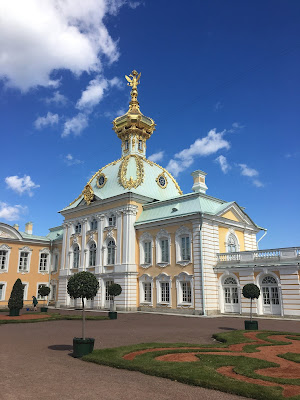 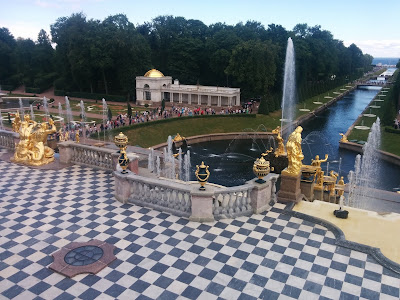 The fountains in the photo below are powered by gravity since the water supply aqueduct is located at a higher elevation few miles away. 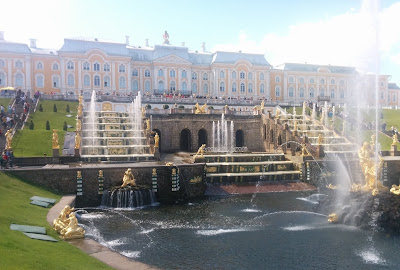 Many would say that the number one attraction in Saint Petersburg is the Winter Palace which is home to the Hermitage Museum. Getting inside was not easy.  The lines were long and most tours were sold out.  On the last day, we finally got a chance to go inside.  It was very impressive. 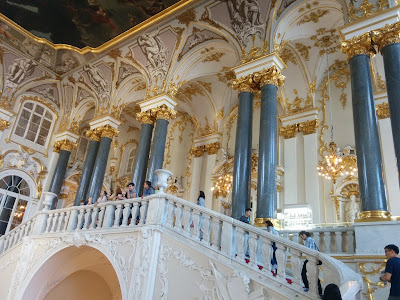 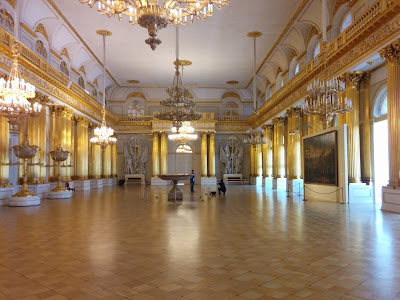 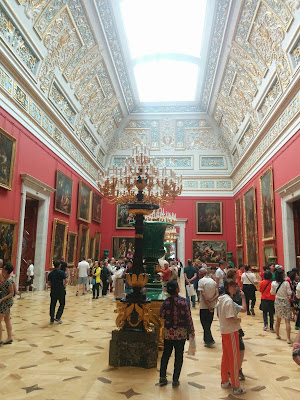 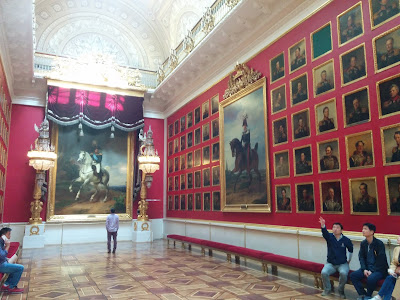 To be continued...
By Ace at August 18, 2018 6 comments:
Email ThisBlogThis!Share to TwitterShare to FacebookShare to Pinterest
Newer Posts Older Posts Home
Subscribe to: Posts (Atom)