My Name is Troy and I Flop Quads

I got a chance to play some cards and here is what happened.

Usually when I get to the podium I just tell them my nickname and they put me on the $1/$3 list.  The MGM had a lucky table promotion going, one table is selected every hour and each person at the table wins $500.  I got to the podium 15 minutes before the drawing and there were 21 people on the waiting list.

The two guys in front of me gave the podium guy their rewards cards and he put them on the list.  I did the same and went to grab some chips.  Twenty minutes passed and the list had shrunk down to 7.

With my chips in hand, I walked back to the podium and told the suit that I should be on the list but don't see my name.  Also, I didn't hear them call me for a seat.  He swiped my card again and told me that he just called my name a minute ago.  I couldn't believe it!  I was few feet away and didn't hear my name called.  He said that he will bump me up to the top.  I said OK and moved few steps to the side.

As I was standing there, the suit called out, "Troy for $1/$3, Troy for $1/$3."  I thought to myself - so much for him bumping me up, oh well.  Then he looked at me and said, "Troy, right?"  I moved few steps towards him and replied, "I'm not Troy."  He said that in the system my nickname came up as Troy.  I had him correct the name, which by the way was not even close to Troy, and then he sent me to my table.

I sat down in seat 5 and started to ponder why would they suddenly have my nickname wrong.  And then I remember!  Last time I played, I didn't have my card and they printed me a new one.  I ended up going up to the Rewards desk to have them reprint the card with my nickname on it.  Which they did.  I guess the lady mistakenly typed Troy for my nickname into the system.

With everything squared away, I focused on poker.  The table was very passive.  Many hands were checked on the flop and the turn with three or more players in the hand.  I didn't really have to make my brain work hard.  It was ABC poker.

Few orbits later, I look down at K-K in the cut-off and open to $12.  I get two callers including the lady in seat 10.  The flop is a magical K-K-J and it checks around.  The turn brings another J.  The lady in seat 10 bets $15 and only I call.  The river is a blank and she folds to my bet.  I show the quads.  The dealer quickly gathers the cards and I only manage to get a blurry photo. 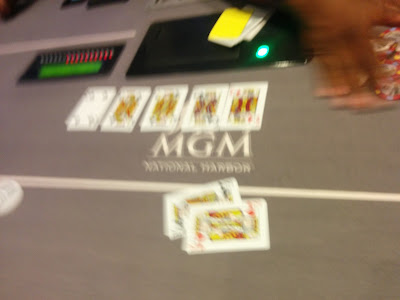 The last hand of the day also included pocket kings. 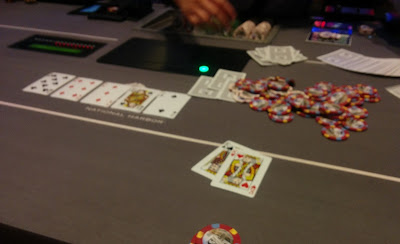 And that's how "Troy" booked a solid win.
By Ace at July 29, 2017 4 comments:
Email ThisBlogThis!Share to TwitterShare to FacebookShare to Pinterest

DC Getting a New Poker Room!

That's right, you heard it here first.  The Washington DC metro area will be getting a brand new poker room!

I played a 4 hour session today at the MGM National Harbor poker room and got the news straight from the horse's mouth.  In this case, the metaphorical horse was a dealer.  It would be irrational for him to make up a story like this.  You might say, "Ace, are you sure you heard it right?"  I'm here to tell you that I was in seat 1 and heard all that was said.

You might ask, "And where will this new poker room be?"  The answer: the room will be one floor above the current MGM National Harbor poker room.  The current poker room is going away.  How could a very busy, 39 table, poker room that is considered the cream of the crop in the DC metro area be going away?

The main reason is to add more tables.  The new MGM poker room will have around 60 tables, making it the biggest poker room in the area.

This is great news.  And on top of all that, it will be away from the annoying and loud slot machines that are right next to the current room.

By Ace at July 22, 2017 9 comments:
Email ThisBlogThis!Share to TwitterShare to FacebookShare to Pinterest

DC temperatures have been reaching mid 90s daily.  The lady and I decided to head to the beach for the weekend.  She was unable to go to Mexico City because of work, so we booked a short weekend trip to Miami.

We left DCA Saturday morning.  A friend picked us up from the airport and we all went to Versailles, a well known Cuban restaurant, for lunch.  After lunch we were dropped off at our hotel on South Beach.  By early afternoon, we were catching some sun rays and swimming in the warm ocean. 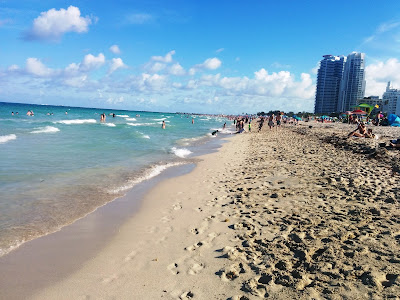 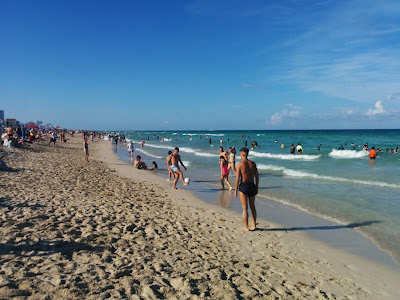 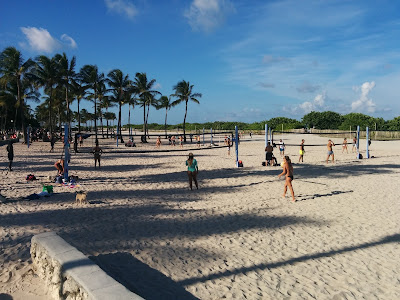 After the beach, we went to an outdoor bar on Ocean Drive and had two cocktails for ONLY $48!  What a steal, not. 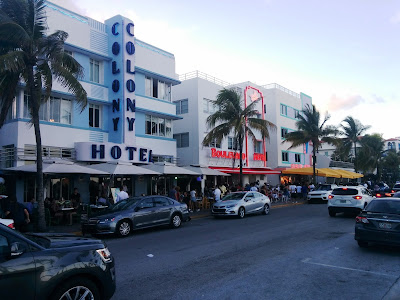 In the evening, we went to Bunbury restaurant with our friend and her boyfriend.  Bunbury's empanadas each have a different filling and they were all delicious.  Afterwards we headed over to Lagniappe house/wine bar.  We had some drinks in the garden until a typical Miami rain shower made everyone run for the canapé covering the outdoor bar.

Sunday we started the day with another trip to the beach.  Cooling off in the water while small fish swim around you is as good as it gets.  At one point, few silver fish with yellow tails jumped above the water. 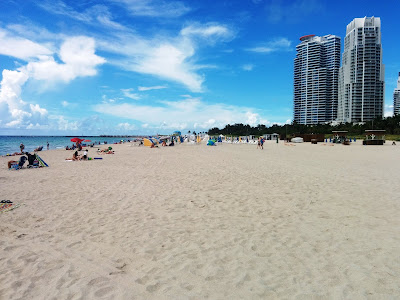 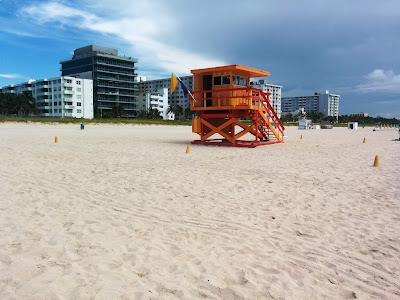 In the afternoon we went to downtown Miami for a stroll around the Bayside Marketplace.  It's an interesting place with a lot of bars, restaurants and people walking around the marina.

In the evening, we joined our friends at the Lido Bar at the Standard Hotel in Miami Beach.  The atmosphere was good but the view was even better. 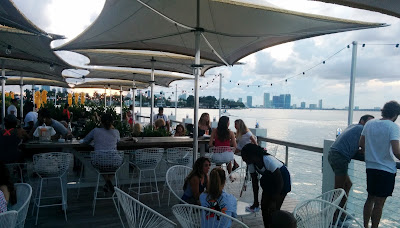 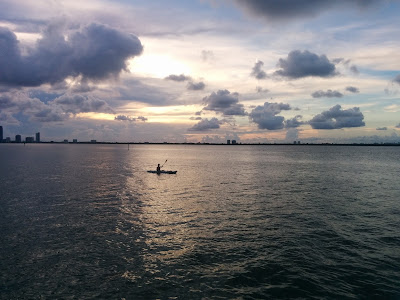 By Ace at July 21, 2017 2 comments:
Email ThisBlogThis!Share to TwitterShare to FacebookShare to Pinterest

Who is there?
Losing.
Losing who?
Losing Streak!

My play at the MGM has been mediocre.  Because of my decisions, not only is Lady Luck not knocking on my poker door but she has left the building.

Here are several examples of how I chased Lady Luck away.

I could have played it differently by checking the flop.  I thought a healthy flop bet would get him out.  Once he called, I slowed down on the turn.  Unfortunately, the river was the worst card for me and my shove was just as bad.  I put him on a king.  Of course he is not going to call the river bet with just a king!

It's unfortunate that he caught one of his three outs on the flop.  I did not think he had AA, KK, or QQ since he only called flop and checked turn.  He debated folding on the river.  He even said, "I think I'm beat." But he called and my bluff failed miserably.

If you think that was bad, here is something more dumb.  I'm in seat 1 and the old lady in seat 5 is terrible.  I just watched her call a big river bet (and lose) with the fourth best pair!  She rebought and I made a mental note that she sucks.

Here I am saying how bad the old lady was but my play was even worse!  What hand will I get her to fold on the river?  Only draws.  If she has pocket deuces, she is calling!  This is an example of me trying to represent a big pocket pair and thinking that I can outplay her without having a pair.  Wrong!

Let's end the post with a hand where I actually got it in as a favorite.

I need to look for better spots with made hands and leave bluffing to the professionals.
By Ace at July 18, 2017 3 comments:
Email ThisBlogThis!Share to TwitterShare to FacebookShare to Pinterest

I spent five days in Mexico City over the Independence Day weekend.  The overall trip was a success.  There were few minor issues but I'm glad I went.  Instead of writing a detailed trip report, I thought I'd let the photos do the talking.  Enjoy. 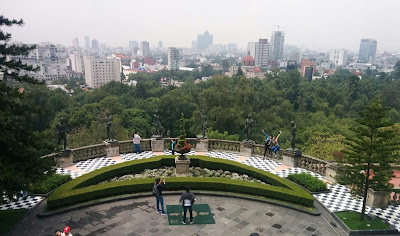 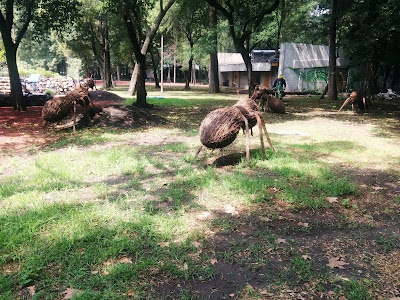 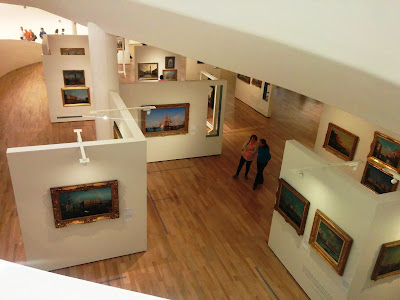 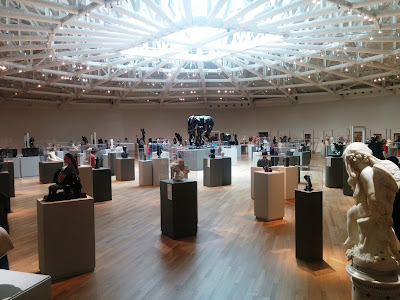 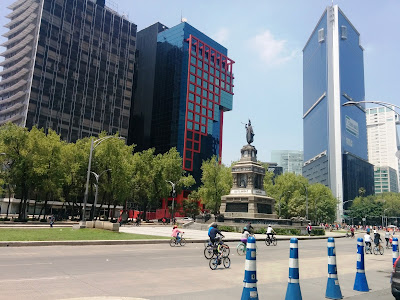 By Ace at July 11, 2017 No comments:
Email ThisBlogThis!Share to TwitterShare to FacebookShare to Pinterest

The first half of 2017 is in the books.  In those six months the lady and I moved in together, then we got engaged, my nephew was born, and I played some golf and poker sporadically.  As for vacation and travel, there were only a few short trips to places I've visited before...until now.

My buddy suggested doing a trip to Mexico City few months ago.  His friend and her family live here.  At first, I was hesitant but since he speaks Spanish and we would be hanging out with locals, I agreed to go.

The flight was uneventful.  First thing I noticed after getting out of the airport was the traffic and chaos driving.  I'm not sure if the drivers are bad or the sheer amount of cars are to blame.  Let's move on to some positive things.

Yesterday we went to Teotihuacan, an ancient city located 25 miles northeast of Mexico City.  I'll write a more detailed post about the day trip and some road bumps along the way.  Walking the site and climbing the pyramids was a wonderful experience.

Dinner was in the upscale district of Polanco.  I tried Escamoles, a dish native to Central Mexico that was considered a delicacy by the Aztecs.  You might ask what is it and the answer would be...ant eggs and larvae aka insect caviar!  It tasted OK but the main dish, grilled octopus, was delicious.


Since I'm writing this on my phone, that's all for now.
By Ace at July 01, 2017 4 comments:
Email ThisBlogThis!Share to TwitterShare to FacebookShare to Pinterest
Newer Posts Older Posts Home
Subscribe to: Posts (Atom)