The idea for today's post came from Tim aka Trooper97 on YouTube (click here for his video channel).  He lives in Las Vegas and enjoys makes videos and playing poker.  He was asked what would his answer be if he had to pick between only playing poker or just making videos.  His answer was making videos.

I'll tweak the question a little bit.  First of all, we'll focus on having to choose between hobbies.  Secondly, you can't pick a hobby that you and your significant other (if you have one) enjoy doing together.  And third of all, you can't pick two hobbies in the same category (like two sports).  In other words, you have to pick between two hobbies that are just yours, very different, and take place away from home.

A good example would be a guy who likes to fish and play poker but his lady doesn't like either activity.  A bad example would be a lady that likes to play tennis and go to museums but her man also enjoys both activities.  Leave a comment below if you have a similar example.

I asked myself: If I could only choose to play one, would it be golf or poker?

Golf Pros: being outside, getting some exercise, playing with my guy friends, competitive, playing different courses, scenery, etc.

Golf Cons: weather can get in the way, slow pace of play, can't play all year round, frustration when the wheels fall off, can't played if injured, etc.

Poker Pros: indoors away from the weather, competitive, play at night an option, can play with a physical injury, chance of winning a promotion, etc.

Poker Cons: sitting for many hours, sitting next to unhealthy/rude players, frustration when sucked out on, negative public perception, etc.

The answer comes down to which one do I enjoy more and which one would I miss more.

I would choose golf.

By Ace at September 19, 2016 6 comments:
Email ThisBlogThis!Share to TwitterShare to FacebookShare to Pinterest

This time around, I ended up at a table in seat 8.  The deck was cold.  The blinds and antes were moving up quickly.  I tired to steal few times but got caught.  I was down to 7.2K in chips when I went for it again.

The blinds and antes kept moving up and eating into my stack.  I had A-Q and bet pre-flop.  Two callers.  The flop was king high.  I tried to represent a king but it backfired after an opponent moved all-in.  Down to 40,000 in chips. 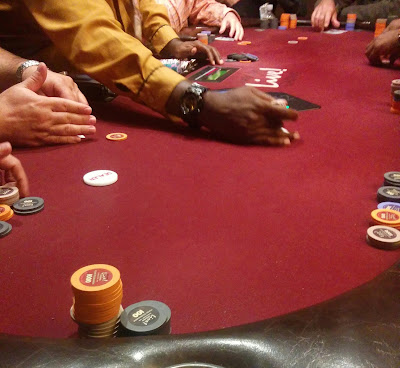 After the break, I was card dead.  The blinds and antes consumed almost half of my stack after the break.  We were down to 34 players when seat 4 moved all-in.  Seat 5 called.  I looked down at A♣-J♣.  It was a tough spot.  I was down to 10 big blinds.  It's not ideal to have a player before you call an all-in.

I was out.  I thought about my call there.  I think it was a mistake.  I could have waited for a spot to move all-in first or a spot where it was heads up.  But, all that would have depended on getting another decent hand.

Overall, I noticed I was a little bit rusty.  The 20 minute levels were the driving force behind the overall quality of the tournament.  We all knew, when we signed up, that it was a fast paced shootout.
By Ace at September 17, 2016 2 comments:
Email ThisBlogThis!Share to TwitterShare to FacebookShare to Pinterest

I was looking at the Live website and noticed that they run a $75 buy-in tournament with 15,000 chips and $10,000 guaranteed.  The levels are short (20 min) and the antes kick-in quickly; but I wanted to give it a shot.  I've been reading/watching a lot of tournament poker summaries and kind of missed the action.

I got there a little bit late due to traffic and got assigned a table and seat 3.  They were almost done with level 1 when I sat down. 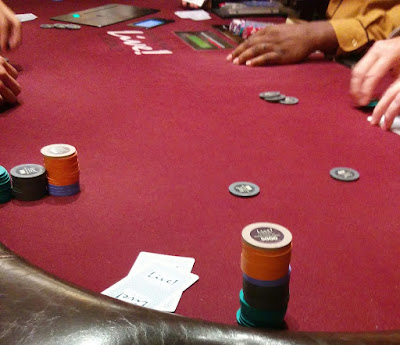 Tournaments are the hare and cash games are the tortoise of the poker race.  Cash games require a lot of patience.  It can be quite boring sitting there for hours while the blinds go round and round.  In the first hour of the tournament, I saw plenty of action and several bad plays. It's a $75 buy-in after all.

I noted that seat 9 made some very (bad) questionable plays.  He won a decent pot coming from behind.  He gave those chips right back in a spot where it was obvious he was beat.

I put him on a weaker king but it didn't work out.  Few hands later, I was out.

I decided to fire one more bullet and reenter the tournament for another $75.  Stay tuned for part 2.

Down to the Wire

Live was running a promotion where every 20 minutes the high hand won $500.  I have never won a high hand promo.  The session was not going well.  I'm down to about $100 after starting with $200.  But then, a crazy hand went down.

After I speak, seat 4 says that UTG+1 and I need help.  I couldn't believe it.  Am I in a nightmare, I thought.  He flips over J♠-J♦!  I drop my head and mutter to myself, indeed a nightmare.  The dealer puts out the last two cards.  I look up and realize my nightmare has turned into a joyous miracle!  The turn had brought the 9♦!  Quads, the hand became the new high hand in the room.  The dealer put my hand and my opponent's hand next to the community cards.  He called the floor to verify the high hand.

Seat 2 had KK.  I went from worst pre-flop to second after the flop to first after the turn.  I won the pot and with ten minutes to go had the best high hand.  Catching a one outer was hard, now it was time to see if quad nines with a jack kicker could pull-off another miracle.

Each minute seemed to drag on and on.  Interestingly enough, two players at my table got into an argument.  It got to a point where they were louder than the intercom.  The lady on the intercom spoke with four minutes to go but it was about a tournament.  The two guys had decided that today was not the day for one of them to be the bigger man.  The arguing continued and the dealer called the floor.  They kept yelling as the floor was approaching.

With 40 seconds to go, the intercom lady was back and said something.  I couldn't understand a word she said because the two non-gentlemen were spewing profanities at each other.  They were getting ready to confirm the time they would meet outside for a fistfight.  The floor took over the situation and moved one of them to a different table.

I really didn't care about the argument they were having.  I was glued to the TV screen waiting to see if a new high hand emerged onto the board.  I watched the last few seconds tick-off the clock unsure if I had won.  Another round of the high hand promo started and I finally knew that I was the winner!

It didn't take long for everyone at the table to start congratulating me, including the dealer.  I got the $500 prize in chips pretty quickly.  I tipped the dealer $35 on top of the $10 I gave him for winning the pot.

It was down to the wire but I finally won a high hand promo!

By Ace at September 12, 2016 3 comments:
Email ThisBlogThis!Share to TwitterShare to FacebookShare to Pinterest

You might think Gee, doesn't this Ace guy know how to spell Labor Day properly!  The answer resides with our neighbor to the north.  I got a chance to spend a fun three-day weekend with my lady in Canada.  We flew to Buffalo, rented a car, and then drove to Niagara Falls and Toronto.  Here is a photo summary: 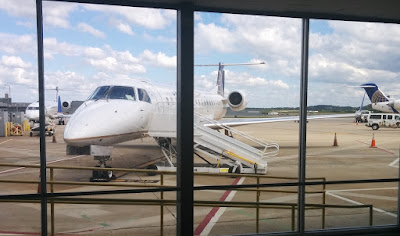 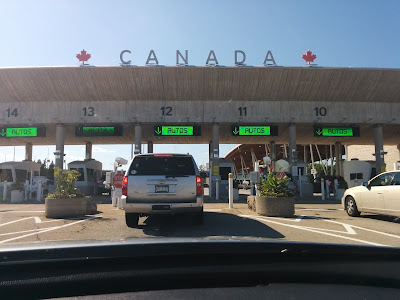 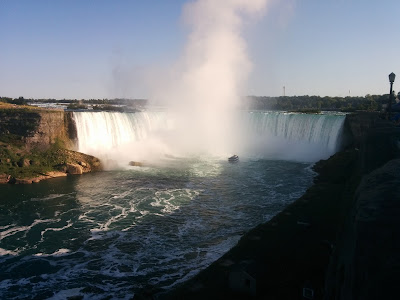 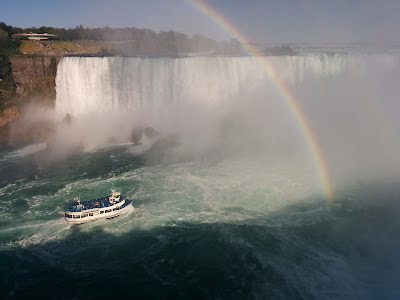 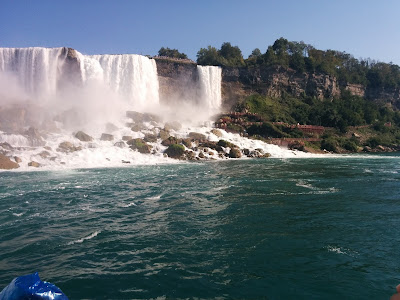 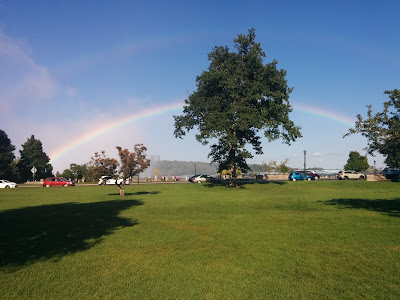 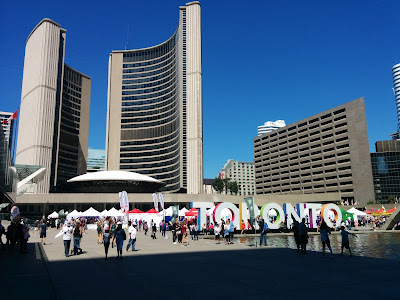 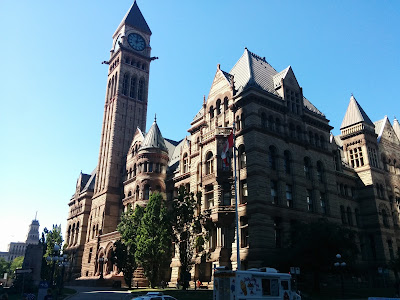 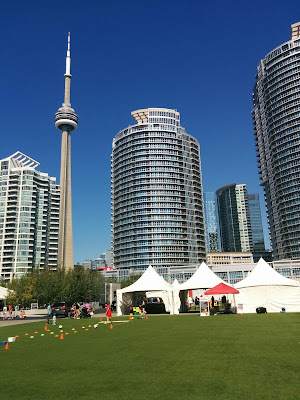 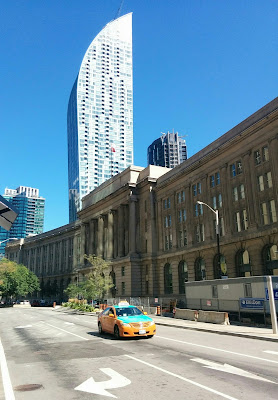 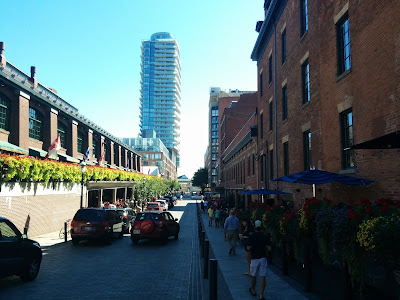 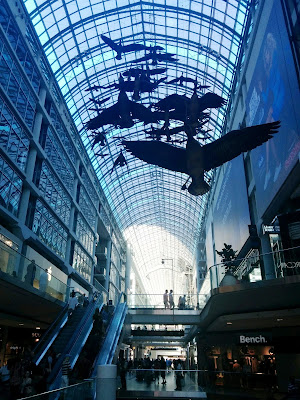 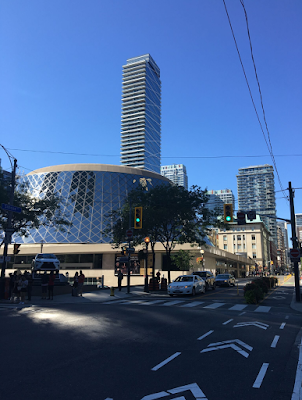 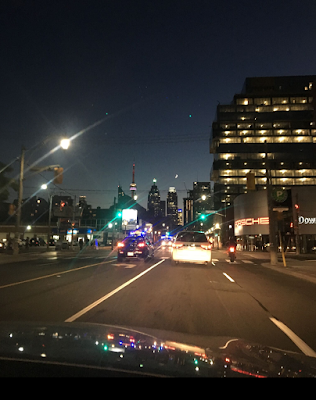 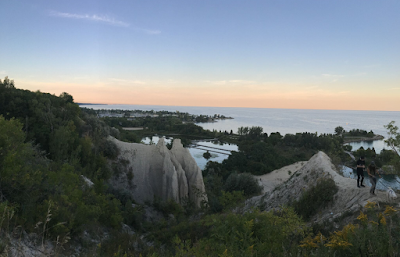 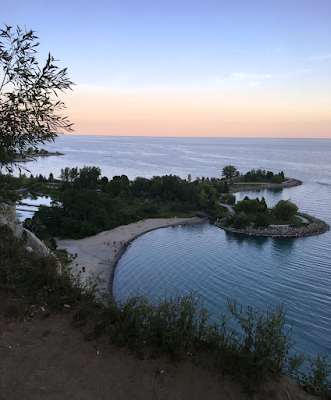 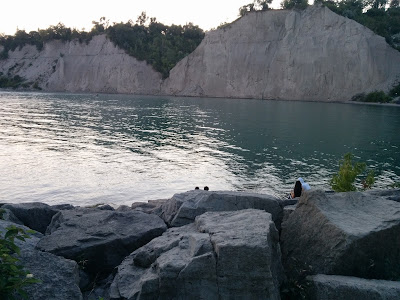 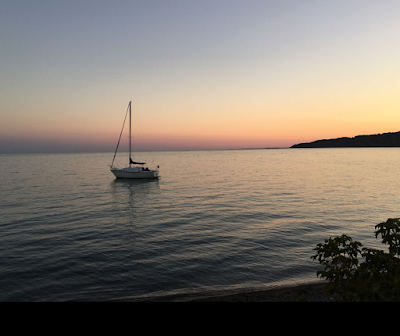 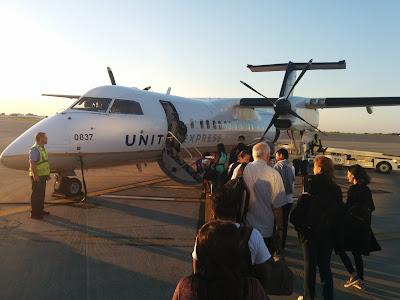