I played two rounds recently.  Both rounds were decent.  The first round ended with an 87.  I hit 71% of the fairways but my chipping was off.  I played the front nine well and ended up +6 with 5 pars.

The second round was interesting.  The temperature was in the low 40s with some wind.  I played the front nine seven over par and I did it in about an hour.  I started the back nine behind two groups of three players.  Fortunately they played at a good pace.

10th: I hit a crappy drive into the wind that went right.  My second shot was short off the green.  I chipped on and made a decent length putt to save par. 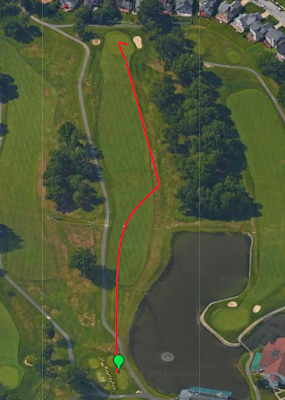 11th: A par 3, I hit it short into the water.  I took a drop and chipped onto the green.  I had about a 10 footer and somehow made it to save bogey. 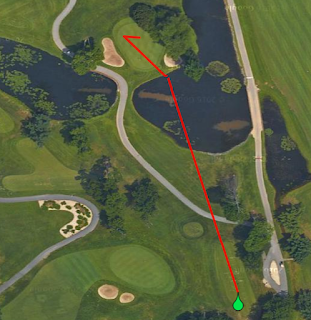 12th: I hit a decent drive that hit the fairway but rolled off.  Luckily, the ball stopped short of a pond.  My approach shot was about 140 yards out and I got it on the green.  I had a decent look at birdie but only managed a par. 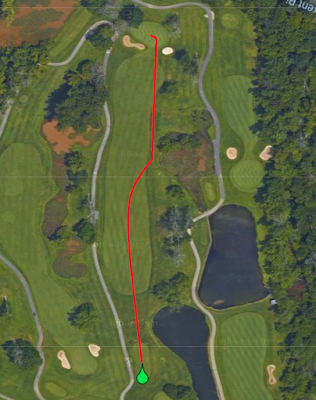 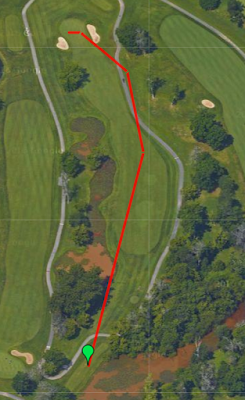 14th: A par 5, I hit a terrible drive.  The ball ended up between some trees.  But since it was a par 5, I hit an 8 iron back into the fairway to setup my third shot.  It worked out well and I was left with a 140 yard third shot.  I got it on the green and two putted for a respectable par.

15th: I had a good drive but messed up my second shot.  I hit it 5 yards short off the green which resulted in the ball rolling down into a bunker.  Miraculously, I hit my best shot of the day from the bunker.  I tapped it in for an unlikely par. 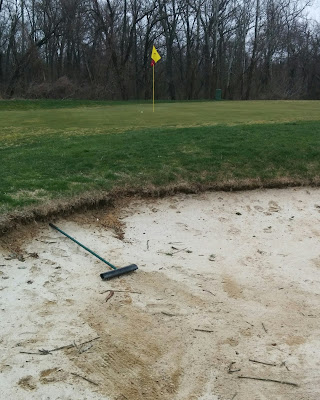 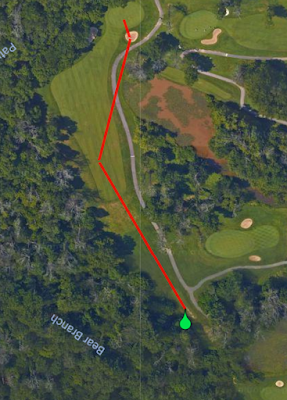 16th: A par 3, I hit my 5 iron poorly.  It resulted in another bunker shot.  This time, there was no miracle as the ball rolled over the green.  I putted onto the green and left myself with a long put for bogey.  To my surprised, I rolled it in.  After all that, I was still only two over thru 7 holes. 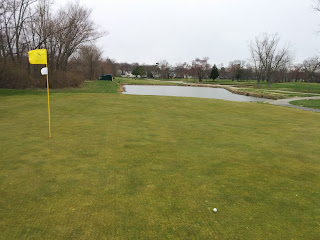 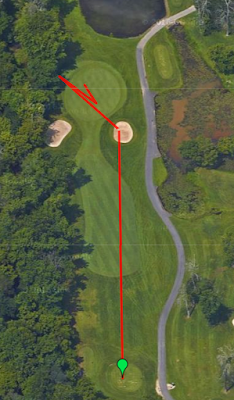 17th: Next up was the number one handicap hole.  To make matters worse, the 403 yard par 4 was playing into the wind.  I hit a good drive but the wind knocked it down.  I pulled out my 3 wood since I was 220 yards out.  I didn't catch it flush and it ended up short right.  I got on the green but was left with a long putt.  There was a ridge near the hole and I missed it on the wrong side.  I ended up with a double bogey because of the three putt.

18th: Here I was +4 with one hole to go.  The back nine is a par 35.  So I had a chance to shoot in the 30s with a par.  I pulled out my driver and proceeded to slice it into the trees.  I found the ball but had to take an unplayable lie.  I hit an 8 iron across the water and onto the front off the green.  I had a long putt to save par. 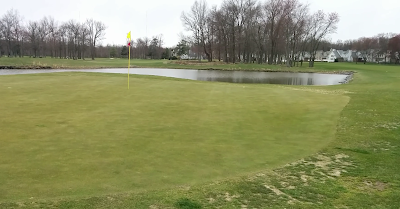 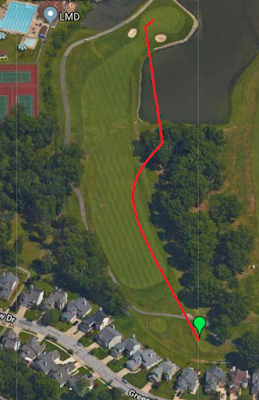 I was disappointed I didn't shoot a 39.  But I did get very lucky to even be in a position to shoot a 40.  I one putted on five holes and four of those were 8 to 12 footers.  By the end of the round, my score was 40 and so was the temperature.  Even with the cold, it was an enjoyable round.
By Ace at April 08, 2018 4 comments:
Email ThisBlogThis!Share to TwitterShare to FacebookShare to Pinterest
Newer Posts Older Posts Home
Subscribe to: Posts (Atom)